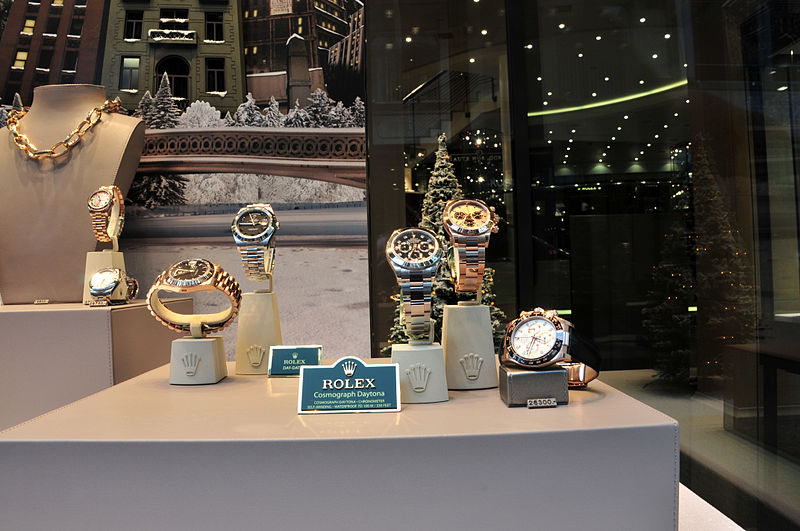 In the midst of a world recession most industry sectors are experiencing challenging times but one area that is bucking the trend is luxury and designer watches. With the poorer members of society suffering and the lower-middle classes being squeezed, the more affluent people continue to enjoy a significant disposable income and increasingly look to spend it on aspirational items which include fine timepieces. Luxury watches are statement pieces and high-end fashion accessories and their producers have prospered in recent years from an increasingly image conscious world and the boom in the Chinese economy.

Things are not set to change, however, as an economic slowdown hits China and the Government have severely cracked down on corruption. Many of the luxury watches purchased in China were bought as impressive gifts to be used as inducements in business deals and for money laundering purposes. A very vocal popular outcry has seen aggressive action on the part of the authorities to stop these practices and so the burgeoning Chinese market for designer pieces may now come to a halt. Watch producers must now look to a new direction in order to continue their impressive growth.

The increased prosperity of some South American countries offers potential for new sales but by far the biggest untapped market is watches for women. It is uncertain exactly what proportion of the current market ladies timepieces constitute but it is thought to be no more than 20%. Men have traditionally been far more interested in watches than women but this could be in mainly due to the products on offer being largely designed for men with the majority of the women’s offerings being merely scaled down or adapted versions of these watches. If women are to be attracted to the market in greater numbers the styles must be specifically developed with women’s tastes in mind. It is probably the case that the female half of the population are more attracted to design features like shape and colour rather than gadgets and gizmos. A woman will view a watch much like a Gucci handbag, not like an iPhone.

There are signs that the big brands are taking a serious look at their ladies watches and we can expect to see more styles coming to market soon with the emphasis on styling. Ladies watches which are just smaller versions of the men’s pieces may soon be a thing of the past as interesting new designs featuring feminine colours and elegant lines start to appear. Women’s watches are about to move from afterthought to centre stage and the trend will probably filter down from the luxury end of the market through mid-range timepieces like models from Hugo Boss and Swiss brand Tissot to even budget ranges. There is a vast untapped market out there and sooner or later the producers of watches are going to capitalise on it.

Sally Stacey is a keen blogger and watch enthusiast who is excited about the new trends in timepieces for women.

This entry was posted in watches. Bookmark the permalink.